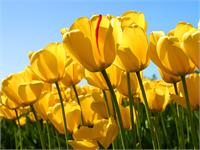 This April edition of Eye on WEEE takes a closer look at collection initiatives across Europe in response to the ambitious targets laid down in the new WEEE legislation – by 2019, member states are to collect up to 85 per cent of the WEEE that is generated on their market annually.

To understand how these targets can be achieved, the WEEE Forum and ACR+ hosted a seminar on February 27th in Brussels. The important thing to remember is that local cultures, jurisdictions and compliance schemes are all very different. We require an inclusive perspective in order to solve the problems rather than kick the WEEE can down the road and push the problems to someone else. To quote Phil Morton, Member in the Board of the WEEE Forum for WEEE II matters: “The best answer can only be ‘mandatory co-operation’".

You will find the latest 'WEEE flows in Italy' study, all presentations and the seminar’s proceedings on the event’s webpage.

Thank you, and hope to hear from you soon.

On November 30th last year, the French Ministry of Ecology, Sustainable Development and Energy issued a circular on traceability and treatment of the output plastics fraction arising from WEEE. It seeks to clarify a very complex set of European regulations, amongst which pertaining to WEEE and the restriction on the use of certain hazardous substances in electrical and electronic equipment (RoHS), persistent organic pollutants, waste shipments, the Waste Framework Directive and REACH.

This memorandum provides different waste management examples in relation to sorting of waste plastics arising from WEEE (and containing brominated flame retardants). It also deals with the different treatment methods as well as the possible cross-border shipments.

To face the problem of crucial access to these materials, WEEE collection and recycling can play an important role because WEEE contains precious metals and rare earths and their recovery would create benefits in terms of environmental and economic sustainability.

That is the reason why ReMedia, in partnership with Politécnico di Milano and Stena, a recycler, alongside the region of Lombardy, Amsa and Assolombarda, founded E‐waste Lab, a laboratory that embraces the idea to maximise the value of WEEE recycling, driving investment towards effective and integrated goals along the supply chain.

E-waste Lab published a report that studies the electronic devices and the value materials they contain in order to find out which products could be treated. It also evaluates, through an exhaustive literature review, the most efficient recycling processes and the ones that best contribute to reducing the environmental impact. As a conclusion of this journey, a pilot innovative solution has been proposed.

The WEEE TRACE project (see Eye on WEEE - July 2012) has so far applied its waste management techniques to nearly 1.000 tons of WEEE. The waste has been conveyed to the appropriate treatment plants and the use of RFID (radio frequency identification) tags has prevented illegal exports or sub-standard treatment of WEEE.

The project assists WEEE collection systems that have been set up in Europe in conformity with the EU legislation (Directive 2012/19/EU). The Directive requires member states to collect by 2019 up to 85 per cent of the WEEE that is generated annually. This will be equivalent to about 10 million tons of WEEE each year, or roughly 20 kilograms per person, according to the European Commission. Much work remains to be done: the official collection rate in the Czech Republic in 2010 was 5 kg per capita, and in Spain 3.2 kg per capita.

ECOLEC, a WEEE compliance scheme in Spain, is a partner in WEEE TRACE. Through the project, it is installing equipment for tracking of WEEE at an existing waste management facility. The project is using RFID tags as well as other technologies, such as image capturing and geo-positioning. The objective is to comprehensively keep track of waste appliances to ensure that valuable raw materials are recovered and that WEEE does not 'leak' from the system and unnecessarily ends up in landfill sites.

In the Czech Republic, the project partner is ASEKOL. It operates 14.000 collection sites, including shops and municipal facilities, and collects 1.100 tons of WEEE per month. For ASEKOL, better tracking of WEEE as implemented by WEEE TRACE means that it can identify and separate WEEE appliances by type for optimal treatment, including recycling into secondary raw materials.

The project is not yet finished, but its expected results represent an increase in the amount of WEEE collected and properly treated by 52.000 tons a year. The objectives also imply the avoidance of emissions of about 60.000 tons of CO2eq per year because of the correct processing of waste gases from old fridges and reduced WEEE treatment costs due to a better organisation of the waste management process. Enrique Redondo, the project manager, says that savings have been about 10 percent per unit processed so far compared to the previous WEEE system.

As a consequence of the implementation of EU legislation, most member states have put in place similar WEEE collection systems. We therefore expect that the project can be replicated throughout Europe. “This could promote the European recycling market”, says Redondo, “though national standards might have to be further aligned. The project could be even spread internationally. So far, a WEEE collection service in Brazil has shown interest.”

The “Ponto Electrão Outdoor®” is a pioneer project in Europe co-financed by the Portuguese environment agency that consists in the development and placement of underground containers for WEEE collection. In a first stage, from May 2012 until today, Amb3E, a WEEE compliance scheme in Portugal, placed underground WEEE containers in five cities. The receptacles are made of stainless steel on the surface and have large containers below, with 3 m3 volume, especially adapted for WEEE collection, including the incorporation of restraining mechanisms to prevent breakage and noise associated with the fall of the waste items.

The aim of “Ponto Electrão Outdoor®” is to ensure greater accessibility of citizens to WEEE collection points - they are located in residential public spaces or near markets - while ensuring protection from vandalism and theft attempts. 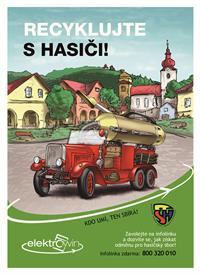 ELEKTROWIN, in cooperation with ASEKOL, another Czech WEEE compliance scheme, implemented the so-called “Recycle with fire fighters” project. The initiative was launched in April 2011 and was a great success, with 660 voluntary fire brigades signing up within less than two years and collecting more than 1.800 tons of used appliances. Some 90 per cent of the fire brigades involved came from small communities of up to 1.500 inhabitants, which have no collection point at their disposal. Thanks to this project, the fire fighters supplemented the network and facilitated the collection of waste electrical and electronic equipment to people where there is no other option. 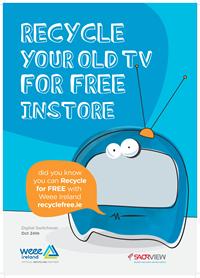 As part of its role in raising awareness of the importance of giving WEEE to authorised recyclers, WEEE Ireland has rolled out updated, branded containers at collection points and is working closely with retailers and local authorities to improve the level of take back, in readiness for the new Irish regulations in 2014.

WEEE Ireland also teamed up with the national television broadcaster RTE to promote television reuse and recycling during the digital switchover in October 2012. The scheme’s awareness raising activity resulted in over 60 per cent increase in TVs and monitors being returned for recycling in the last quarter of 2012 compared with the same period in 2011. While the scheme is currently finalising data for the 2012 annual report, the numbers indicate a 30 per cent increase overall in TV and monitor recycling in 2012 compared to 2011.

Following up on the story that we published on our last edition about the LIFE Slovenia WEEE campaign (see Eye on WEEE - January 2013), we now introduce you to the well-known Slovenian reporter Nejc Simšič. His impressions when he first saw the ‘E-transformer’ vehicle were summed up with this expression: “I've never seen such a vehicle before!”

‘E-transformer’ is a multimedia truck, which has a solar power plant on the roof and presents in an original and interesting way the importance of separate collection and re-use of electronic waste. This unusual vehicle, which was put together by various Slovenian environmental experts, aims to visit 200 primary schools and 30 local communities in Slovenia.

The popular Slovenian Nejc Simšič said that he was impressed by the vehicle’s size. “Inside the E-transformer you can find a true travelling exhibition. There are components of large and small home appliances, mobile phones, televisions and various types of e-waste. These appliances are disassembled and exhibited in the form of individual components, down to the smallest part, which are then sent for recycling”.

Find out where the E-transformer will stop next on the Life+ Slovenia WEEE Campaign project website: http://www.life.zeos.si

The SENS foundation introduced a new brand in December 2012. The plugs in the logo put the emphasis on the most important element of SENS' core business: recycling of electric and electronic waste. The brand stands for freshness, dynamism and variability. All these components have been integrated also in the new website. Take a look: www.eRecycling.ch

IX. Transposition of the Directive in Ireland

At the request of the Irish Environment Minister, the WEEE & Battery Monitoring Group developed three working groups in late 2012 to review the key themes of Finance, Targets and Reuse. The Monitoring Group consists of stakeholders including compliance schemes, trade associations, producers, retailers and regulatory bodies. The reports from the subgroups were presented to the Minister in February 2013 and it is expected a full public consultation will follow in the coming months.

WEEE Ireland sits on the WEEE & Battery Monitoring Group on behalf of its more than 800 producer members and was represented on all three subgroups. Leo Donovan, chief executive of WEEE Ireland, chaired the subgroup meetings on Targets. His objective was to focus on the factors that made the Irish WEEE system a success to date in meeting targets, but also aware of the impact that leakage of WEEE from the authorized system may have on meeting increased collection rates of 45% and 65% in the future.

Wecycle collected and registered 139.000 tons of WEEE recycled during 2012, which represents a 5.7 per cent increase compared to the previous year. Out of this total amount, 121.200 tons were collected at municipal collection points and retailers, while 17.800 tons were registered at certified recyclers. Further growth of registration of recycled WEEE is to be expected in the coming years.